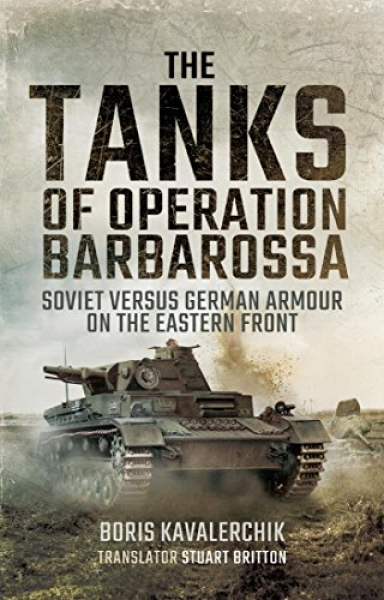 This is an excellent book describing the tanks and armored unit organization on both sides during Operation Barbarossa.  The author goes into great detail about the strengths, and especially, the weaknesses of the various armored vehicles, from the quality of armor, optics, and ammunition to crew survivability and vehicle reliability.  Although the author covers both sides, the Soviet side receives more coverage.  Overall, a very interesting book!

The Viaz'ma Catastrophe, 1941: The Red Army's Disastrous Stand Against Operation Typhoon
The Bloody Triangle: The Defeat of Soviet Armor in the Ukraine, June 1941
Barbarossa Unleashed: The German Blitzkrieg Through Central Russia to the Gates of Moscow June-Decem...
The First Day on the Eastern Front: Germany Invades the Soviet Union, June 22, 1941
Germany and the Second World War: Volume IV: The Attack on the Soviet Union
Operation Typhoon: Hitler's March on Moscow, October 1941
Tags:Barbarossa