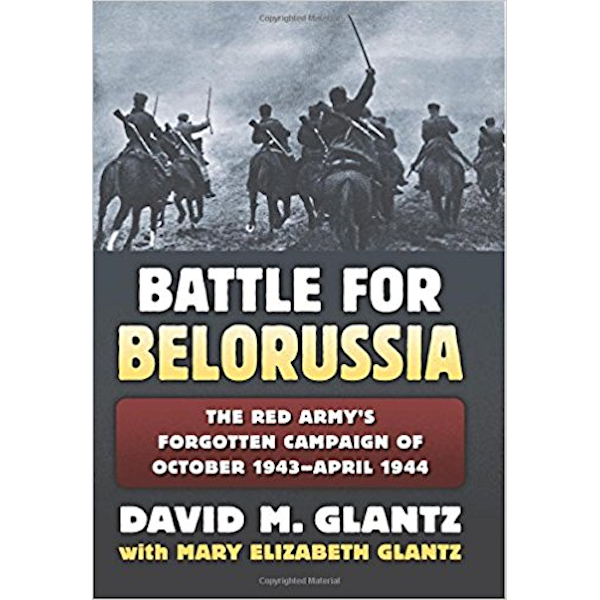 I've just finished this book and wanted to provide a review, which also requires a star rating--note however, that it is difficult to give this book a star rating, because the number of stars almost wholly depends on what you expect from the book, so you might want to ignore the stars and pay more attention to the review.

First, the good--the author conducted an enormous amount of research to write this book--because most of this campaign is not covered at all, or very briefly, in official sources, the author seems to have scoured every memoir, and front, army, and division level history, journal articles from the 1990s, Soviet archives, German reports, etc., to sketch out the basic details (and then some) about this operation. If you want to read about these campaigns, you've got no choice but to buy this book, because you won't find it anywhere else (other than spread out among the dozens of obscure Russian sources used by the author)... The author deserves serious kudos for this work, and I seriously doubt that anyone else could have (or at least would have) done it. Six stars for effort!

Now for the bad news...first of all, much of this campaign (other than the part conducted by Rokossovsky's front), is not particularly interesting--an unending series of unsuccessful, grim, bloody, Soviet attacks through the swamps and rivers of Eastern Belorussia. The battles are not enlivened by the author's writing style, as the text is standard Glantz: "unit x moved to town y and did z, and unit a moved to town b and did c...". In addition, much of the book consists of quotes from Soviet reports and memoirs, or Ziemke's history. So basically expect a long slog if you intend to read the whole book...

Even when the author has a chance to bring in some human interest angle, he declines to do so...for instance, on page 202 in the book, he quotes a military journal article about a Soviet unit that reported to its division commander that it could seize a nearby city (Propoisk), and would do so if the division promised NOT to ask to be awarded the "Propoisk" honorific title (ie, ala "Kursk", "Stalingrad", etc.). The divisional staff promised not to ask army for the honorific, and only then did unit the take the town. In the book, none of this is explained, so it is rather opaque, but in fact it is kind of a funny story, because Propoisk means something like "Drunktown" or "Drunkville"...

A few words about the maps: first, it appears that the author actually spent a fair bit of time on the maps, many of which are German situational maps carefully annotated (in microscopic fonts) with town names and unit designations. Unfortunately, despite the apparent time dedicated to them, these maps resemble nothing more than kaleidoscopic, illegible, black & white smudges (with tiny letters thrown in!) and are almost completely useless (they also don't have a scale). Some other maps have been taken from Soviet publications, and maybe some prepared by the author, and these are a bit easier to read, but still very much of a chore to review. There are probably almost 150 maps in the book (!) but I can't say that more than a handful of them were very useful. Personally I would greatly prefer 10-12 well-done, clear maps rather than 150 of the type in this book.

Finally, while the style is very dry and the maps are not great, there are some pretty interesting things in the book, such as:
1) Reading about Rokossovsky's campaign is actually quite interesting, because it is such a contrast from the unimaginative, plodding offensive conducted by the neighboring Western Front; Rokossovky made much more of an effort to keep the German defenders guessing by varying the attack axes and demanding that his units use more innovative tactics--these efforts produced much better results; and
2) After the massive losses and utter failure during his offensives, the commander of the Western Front (Sokolovsky) was relieved of his command, and the author includes the Stavka report criticizing Sokolovsky's performance in the book--this report was actually very interesting, as it describes what kind of conduct was considered unacceptable in the Red Army.

Hopefully this review has been helpful; I can't really recommend this book for the casual reader, but if you really interested in the Red Army or in this period/sector of the front, I'm sure'll find something interesting and helpful, just as in all of Glantz's books.