Skip to content
HomeGenreMilitary HistoryMemoirSurvivors of Stalingrad: Eyewitness Accounts from the 6th Army, 1942-43 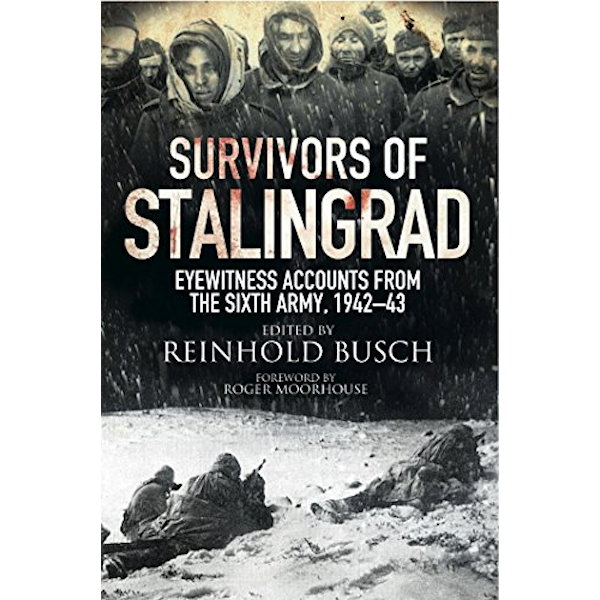 I can't add much to the other reviews of this book, but wanted to contribute my five star rating. This book includes a few dozen accounts by, well, German survivors of Stalingrad. The accounts are from a wide variety of sources, including front-line infantry, rear-area troops, Luftwaffe pilots and ground crew, officers and enlisted men. I would estimate that in general most of the accounts are by rear-area troops who were wounded and flown out of the pocket at some point; while there are several accounts by front-line soldiers that fought through the surrender of the pocket, I would have enjoyed seeing more of such accounts (although given how few of them survived and came back to Germany, it is understandable why there are not more).

While not intended as a criticism, and while I think it is obvious from the description of the book, potential readers should note that this book is not a history of the battle itself and really doesn't describe the battle at all, so if you don't know anything about Stalingrad this is probably not the book about the battle with which to start.

Companion to Endgame at Stalingrad
Enemy at the Gates: The Battle for Stalingrad
Retreat From Moscow: A New History of Germany's Winter Campaign, 1941-1942
Stalingrad 1942–1943: The Infernal Cauldron
The Stalingrad Cauldron: Inside the Encirclement and Destruction of the 6th Army
Memoirs of a Polish Lancer: The Pamietniki of Dezydery Chlapowski
Tags:Encirclement, Stalingrad, Winter