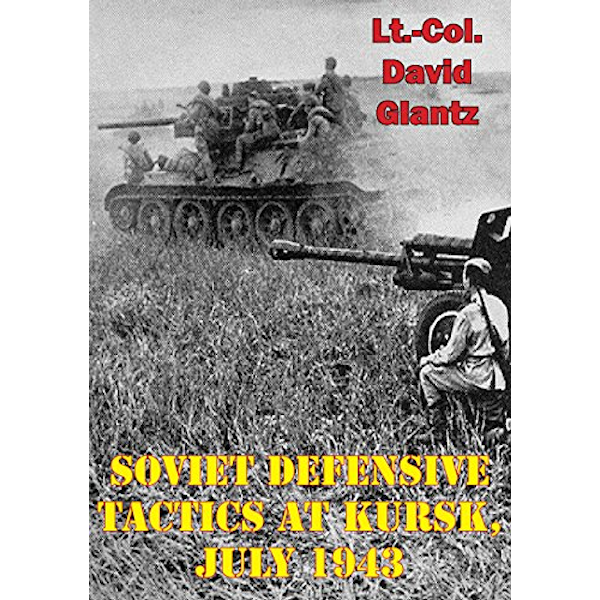 Several comments about this disappointing edition:
--the content is OK, nothing great, and will be discussed below at the end of this review.
--the format of this edition is a major disappointment, for several reasons:
*it is in pdf rather than Kindle format, which makes it more or less impossible to read on a Kindle, and difficult to read on the Kindle app on an iPad;
*according to the Kindle app, this volume is 34 pages long rather than 79 as indicated on this page (and almost half of those pages are defensive schematics and maps);
*note that the cover is not the cover shown on this page, but the typed cover page of Glantz's report to the Combat Studies Institute in 1986.


I don't think pdf documents should be sold as Kindle publications unless they are explicitly identified as being pdfs, and this one is not.

The ironic thing is that I knew about the free version before I paid for the "kindle" version on Amazon, but I bought it here because I wanted a "kindle" version rather than pdf...and it turned out that what I paid for was the pdf version anyway. Sigh...

Regarding the content:
*as mentioned above, this is a very short work; 34 pages according to my Kindle app, with almost half taken up by defensive schematics and maps.
*the content is OK, but nothing special, and the gist of it can probably be found in any more general work on Kursk, so there is not much reason to read this one.
* the content consists of a bit about Soviet defensive doctrine (or lack thereof), an account of a Soviet rifle division's defense on the south face of the bulge, and an account of a Soviet rifle corps' defense on the north face of the bulge. These parts of the work are most interesting.

To sum it up, the content is OK, nothing great, and would probably be worth the price if the volume was in fact a Kindle book rather than just a pdf scan of a 1986 typed report. As it is, I recommend finding and downloading the free version.

UPDATE AS OF FEB 25, 2018:  The version for sale on Amazon is now a real Kindle version (ahem yes, I bought a second version of this book just to check), so might be worth the $2.99 purchase price--otherwise the pdf version is still available for free download.

Kursk 1943: The Northern Front
Objective Ponyri! The Defeat of XXXXI. Panzerkorps at Ponyri Train Station
Armor and Blood: The Battle of Kursk: The Turning Point of World War II
Tags:Kursk