Skip to content
HomeGenreMilitary HistoryHistoryRed Storm on the Reich: The Soviet March on Germany, 1945 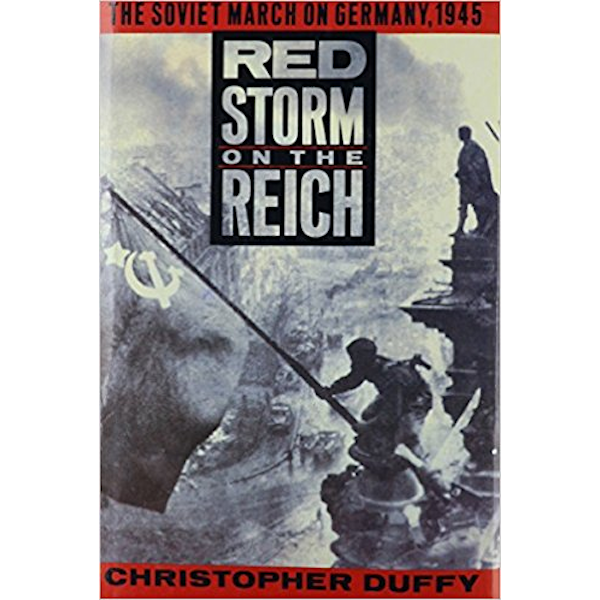 The first 2/3 of this book is very good--a good description of the fighting in East Prussia, Pomerania, Silesia, etc. from January-May 1945. The text focuses on Zhukov's and Konev's fronts, but also addresses others, especially Rokossovky's. The text is well-written, accompanied by very good maps, and is full of interesting quotes and anecdotes, many of which I'd not seen before. Note that the book does not cover the actual taking of Berlin, but it does describe the fighting in various fortress cities, including Konigsburg, Danzig, Kustrin, Kolberg, Posen, and Breslau. This part of the book (up to p 269) I'd rate as five stars.

The remaining 115 pp in the book, however, are pretty weak, consisting of a 40 page summary and "aftermath" section and another 75 pages of appendices on topics such as "The Evolultion of Soviet Mechanised Warfare", "Notes on Some Key Weapons", and "German Forces under the Storm". Much of the information in these sections was not particularly interesting, and what was interesting would have been more so if it had been worked into the body of the book instead of tacked on as a separate appendix. I'd rate this part of the book as three stars.

So on average, I've given this book a four star rating. As of the time of writing this review, new hard copy versions of this book are selling for $5; especially for that price I would certainly recommend this book to anyone interested in the end of the war in Europe.

Panzers on the Vistula
Hitler's Wave-Breaker Concept: An Analysis of the German End Game in the Baltic
The End: The Defiance and Destruction of Hitler's Germany, 1944-1945
Prelude to Berlin: The Red Army's Offensive Operations in Poland and Eastern Germany, 1945
Armageddon: The Battle for Germany, 1944-1945
The Fall of Berlin 1945
Tags:1945