Skip to content
HomeGenreMilitary HistoryMemoirPanzer Ace: The Memoirs of an Iron Cross Panzer Commander from Barbarossa to Normandy 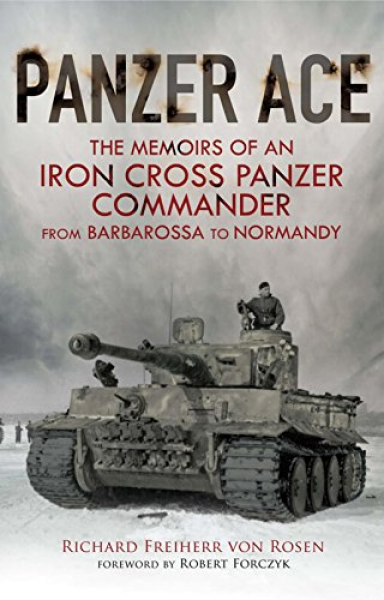 This is an excellent book by a German officer that stayed at the company level of a panzer unit for virtually the entire war (other than time in hospital, on leave, etc.), mostly on the Eastern Front.  The author describes combat, but also provides rich detail on the trials and tribulations of serving in one of the precious Tiger units--always detached to some unfamiliar unit, the back-breaking labor and danger associated with pulling the monsters out of the mud on a frequent basis, the confusion of command--all very interesting.

The author also spends a lot of time describing non-combat issues, such as the quality of their lodgings, how they amused themselves and celebrated, "foraging" (ie, scrounging stuff from Russians and German depots alike), dealing with Germany military bureaucracy (including subterfuges, forgeries, etc.).

In general a very interesting and detailed account by a company level officer with a good amount of both combat and non-combat related descriptions.