Skip to content
HomeGenreMilitary HistoryMemoirIvan’s War: Life and Death in the Red Army, 1939-1945
3 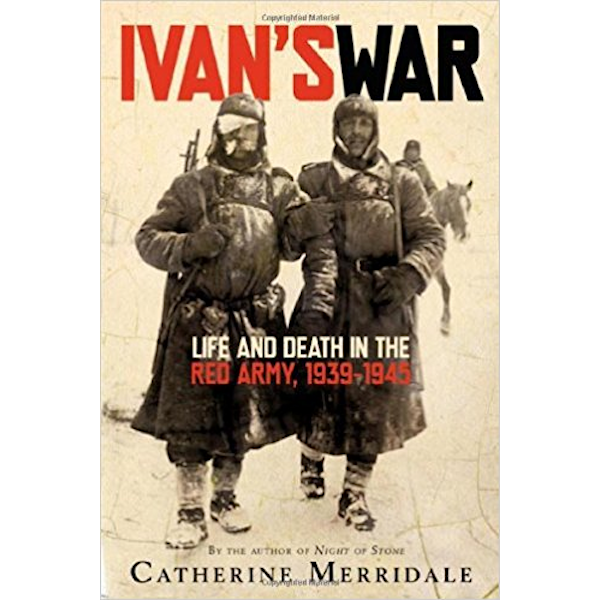 This is a pretty well-written book, probably worth reading for anyone interested in modern Russia or the Great Patriotic War (the Eastern Front of World War II).

First, it is important to point out that this book is not a work of military history, so if that's what you're expecting you'll be pretty disappointed.

Second, I think one of the blurbs on the book states that the author conducted over 200 interviews in writing the book. This may be the case, but the author seems to rely on perhaps a half dozen of these interviews for much of her anecdotal content. Most of the rest of her content seems to come from letters written by soldiers killed during the war, which are quoted extensively. To me, this heavy reliance on such letters is a weakness, because of the unknown effects of anticipated censorship or actual self-censorship. Who knows what Ivan really wanted to say to his family in the rear? Also, it seems possible that even today many of the families which retain such letters would be reluctant to disclose some letters for fear of their Ivan being seen as unpatriotic, etc.

Third, people already familiar with Russian WWII history are unlikely to learn very much from this book.

Fourth, as pointed out by other reviewers, I don't think that the book is particularly well-organized.

Overall this is a worthy book on a topic which has not received the attention that it deserves. Moreover, given the age of most of the veterans, it might be one of the last opportunities for such a work. That said, for an understanding of Russia and its society during the war, I would probably recommend Alexander Werth's excellent RUSSIA AT WAR over this book.